If you ask any real estate broker or a site selection consultant today where some of the green shoots in the economy are located, renewable energy sectors will be at the top of the list. As the economy comes out of the recession, many brokers are reporting that they are busy as ever. However, digging deeper reveals that most of the activity is generated due to consolidation efforts rather than growth. The solar energy industry, however, is one of the sectors where growth is taking place. 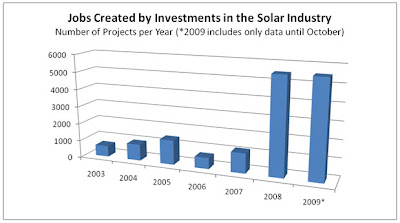 Most of the recent growth in the industry is attributed to the favorable policies towards the industry from various local and state governments and funding provided by the stimulus package passed earlier in the year.

In September 2009, an old Ford manufacturing plant in Wixom, Michigan, began its clean technology makeover, assisted by Xtreme Power Systems and Clairvoyant Energy. These two companies are expected to invest $725 million in converting the Ford plant, creating over 1,000 new jobs. The Wixom Assembly Plant was one of Ford’s largest and oldest manufacturing sites, producing 6.6 million vehicles during its 50 years of operation. It employed about 5,000 during its peak and was closed in 2007.

In July 2009, PowerFilm, Inc., an Ames, IA, based thin film solar product manufacturer, announced plans to expand its current facility with an investment of $33 million. The investment is expected to create around 80 jobs in the community.

Such investments are not only delivering hope to communities like Wixom, MI, devastated by the plight of the auto industry, but are also bringing great high-paying jobs to communities all across the nation. The map below shows the locations of the 17 projects recorded in 2009. The size of the bubble denotes the size of the investment of each of the projects. 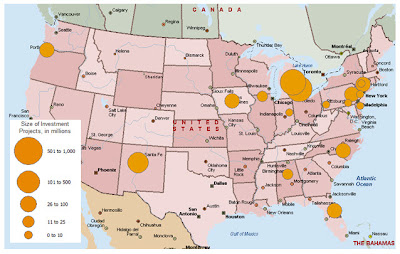